Christopher Berry, author of “The Idea of Luxury,” uses a philosophical approach to luxury throughout history. He instantly defines luxury as simply an object of desire. But luxury is not always something expensive, rare or exclusive and can just be marketing. Berry suggests that like other goods luxury falls into four categories: sustenance, shelter, clothing, leisure. 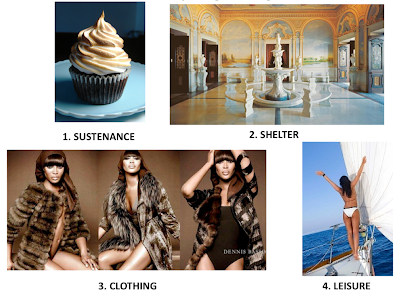 Berry describes that we have different needs and wants. Needs are based on physiological survival while wants are intentional and privileged. This means needs are objective and universal, others can know your needs better than you, but only you define and express wants. Adults know what a child needs and then it slowly develops tastes and preferences that become specific wants.

Adults often bypass discussing needs and go directly to expressing wants. Needs are still a root but there is increasing specificity with wants and desires. A person may need calories, fat or magnesium, but the expression is towards a specific form such as a luxurious hot chocolate. 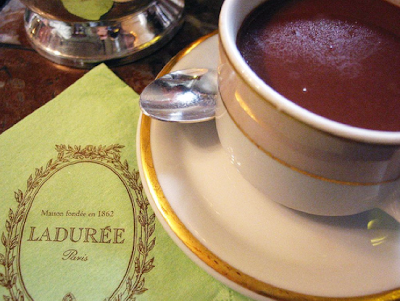 Below Maslow's hierarchy of needs rationalizes human needs into tiers of maturity. 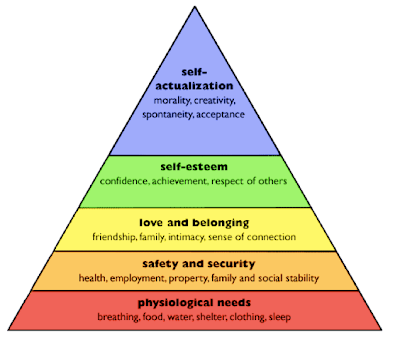 "I NEED to check my email!"
There are extreme attitudes about needs and desires. The monastic life rejects fulfilling more than basic needs. At the same time society legitimizes wants, with clothing a key area in which most people have much more than they need.

As desire increases with specificity, there is an inclination toward refinement. Luxury then is defined in part by refinement, a demonstration of control and manipulation over materials in specific and sophisticated ways. 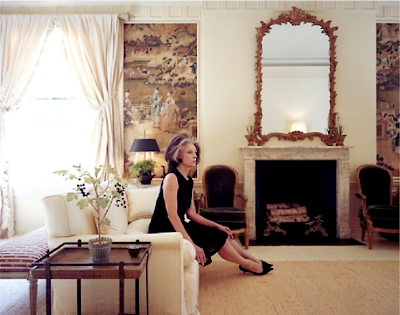 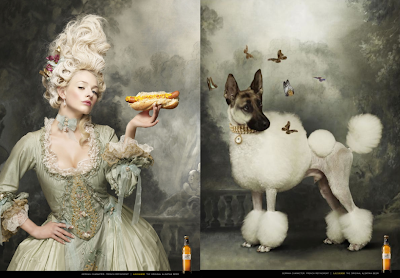 Comfort is associated with basic satisfaction. The affordable mass produced Barcalounger is advertised "no other chair satisfies," while the designer Eames Lounge from 1956, appealed to a more discriminating client. Berry suggests luxury pleasure still satisfies and offers something more. 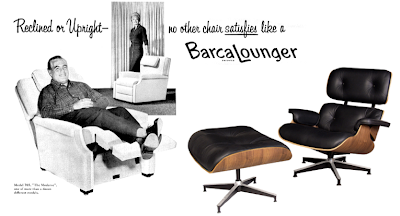 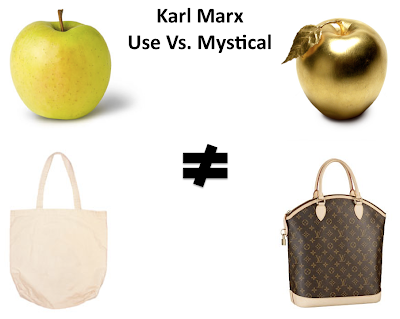 Simply put Karl Marx saw all things as having a use value and mystical value. Some things like an apple or cloth grocery bag have high use value. A golden apple has low use value and a high mystical value and a Louis Vuitton bag has both high use and high mystical. Berry suggests that once a luxury good appears in high use, it much change. Luxury is a moving target. The classic Louis Vuitton bag became so copied by counterfeits in the mid 2000's that there was a resurgence in the more discreet check pattern and the rise of the alternate French luxury bag Goyard.

In conclusion of the first chapter Berry states what luxury is not - it is not simply ornamentation or just accumulating a lot of things. It is something of human desire that manages to translate cultures with appreciation. When oranges were introduced to Europe from India and Asia in the 15th century they were a luxury for royalty. Now luxury goods from Europe and America are also deemed luxury in India and Asia. Luxury aligns with trade and a global agenda.

In his second chapter, Berry considers Plato's description of the polis. He describes a basic needs city and luxurious city which is thought to be Athens. For Plato, needs are fixed while desires are insatiable. The luxurious city emphasizes quality and thus encourages a free and unlimited expression of the arts which has long been associated with luxury. In a more reasonable way, Aristotle saw all cities as offering some good in meeting needs and some indulgences. Paris is a city which meeds many basic needs but makes the expressive arts and cultural luxuries highly visible. 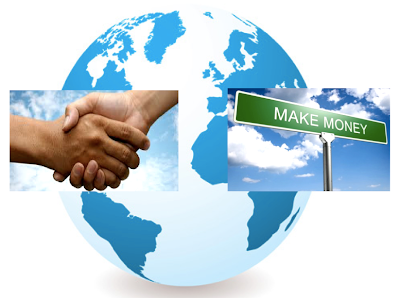 Plato's description follows contemporary models of socialism and capitalism which emphasize civilized care for all versus healthy competition to care best for ones self. The luxurious societies are full of contradictions however. Berry suggests wealthy citizens cannot defend themselves physically so their excess money is invested in armies, which was the basis of ancient Sparta. Luxurious societies value restraint yet extreme holiday safaris and extreme arts are common to them. 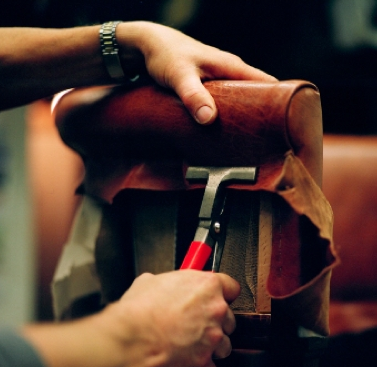 The contrast of restraint and excess is a prime tension in luxury. Craftsman of luxury goods must demonstrate consistent, wise and durable work. Below artist Jennifer Rubell presents excessive amounts of catered food in galleries commenting on the world of luxury and decadence. 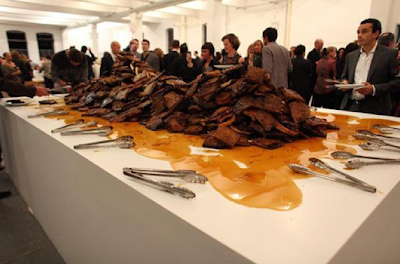 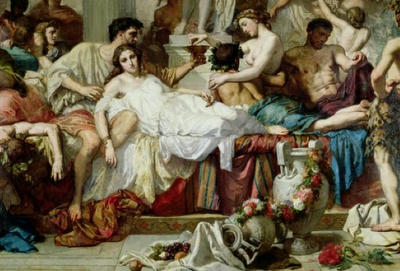